In 1871, the Supreme Court established the standard for proving design patent infringement in Gorham Manufacturing Company v. White.The design patent in Gorham covered the ornamental features of forks and tablespoons. The Supreme Court explained that the appearance of an article may increase its “salable value.”  The test of identity of design “must be sameness of appearance, and mere differences of lines in the drawing or sketch . . . or slight variances in configuration . . . will not destroy the substantial identity.”  Based on this rationale, the Court outlined the “ordinary observer” test that is still used by courts today in design patent infringement cases:

[I]f in the eye of an ordinary observer, giving such attention as a purchaser usually gives, two designs are substantially the same, if the resemblance is such as to deceive such an observer, inducing him to purchase one supposing it to be the other, the first one patented is infringed by the other. 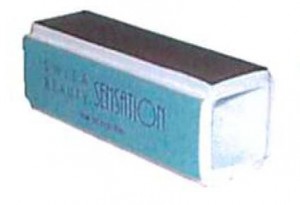 The court then considered the question whether an ordinary observer familiar with the prior art would be deceived into believing that the accused Swisa design is the same as the patented design.  After examining the expert testimony presented by each side concerning the appearances of the accused and patented designs and the prior art, the Federal Circuit held that an ordinary observer would not be deceived, thus affirming the district court’s grant of summary judgment in favor of Swisa. Although the claim construction of the district court was stipulated by the parties in Egyptian Goddess, in its order granting en banc review the Federal Circuit raised the issue of whether trial courts should conduct claim construction in design patent cases.  The court noted that while it has held that trial courts should conduct claim construction in design patent cases, it has not prescribed any particular guidance as to the form claim construction must take.  The court provided guidance as discussed below in regard to claim construction, but found that there was no inaccuracy in the district court’s description and that neither party pointed to any prejudice resulting from the court’s interpretation. Recognizing that a design is better represented by an illustration and that “a description would probably not be intelligible without the illustration,” the court stated that “the preferable course ordinarily will be for a district court not to attempt to ‘construe’ a design patent claim by providing a detailed verbal description of the claimed design.”  Nevertheless, the court held that the “level of detail to be used in describing the claimed design is a matter within the court’s discretion, and absent a showing of prejudice, the court’s decision to issue a relatively detailed claim construction will not be reversible error.” Although allowing trial courts the discretion to provide a detailed claim construction, the Federal Circuit discourages the practice.  The court cautioned trial courts to recognize the risks of a detailed claim construction, such as a fact finder placing undue emphasis on particular features or focusing on each individual feature described rather than on the design as a whole. As a practical matter, it is probable that most district courts will elect not to spend the time and effort to develop a detailed description of the drawings in a design patent.  Rather than issue a claim construction that might introduce reversible error into the case, the trial court could instead opt to construe the claim in the following simple form: A _____ as shown in Figures ______.  This is the manner in which the district court construed the claims in Dexas International, LTD v. Office Max Inc. even though it had previously adopted detailed claim constructions in another case regarding two of the same patents but different defendants. While the Egyptian Goddess court held that the Swisa design did not infringe the patented design, the decision is a victory for owners of design patents because of the Federal Circuit’s rejection of the “point of novelty” test.  The new standard is arguably not as broad as intended by the Supreme Court in Gorham in that the ordinary observer is presumed to have considered the prior art in determining whether infringement exists. Nevertheless, the new standard will likely result in a finding of infringement in a higher percentage of cases than what was seen under the former standard. Moreover, the Federal Circuit’s criticism of providing a detailed description of the drawings in claim construction will result in the fact finder relying on the drawings in most cases to determine infringement rather than focusing on specific elements in a detailed claim construction.  This will make it more difficult for defendants in most cases to get out on summary judgment by arguing that specific elements of the patented design are not present in the accused design. Vincent Allen is a shareholder at Carstens & Cahoon, LLP. He focuses on the litigation of intellectual property disputes and the prosecution of patent and trademark applications. This blog is maintained by Carstens & Cahoon, LLP to inform readers of recent developments in intellectual property. Solely informational in nature, this blog is not intended to create an attorney-client relationship or to be used as a substitute for legal advice or opinions.

One Response to “Design Patents after Egyptian Goddess: The Comeback Kid”